Three More Books That I Read After Seeing the Movie

*There Will Be Spoilers* 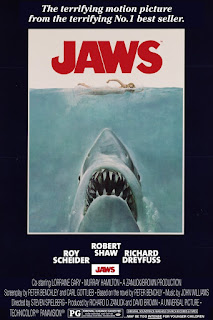 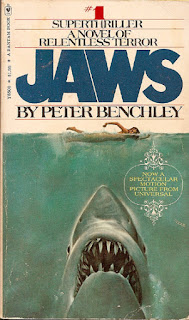 How do they compare?  Pretty well, as far as I am concerned. The general consensus seems to be that the movie is far superior to the book, but I've never been of that mindset. (I read this book at about age 8 or 9- when my mother saw the love I had for the movie, she gave me her copy, which I still own.) The three biggest changes from book to movie in my head have always been:

1. In the book, Hooper and Ellen Brody are old acquaintances who strike up an affair, an affair that Chief Brody comes to suspect, but never bothers to check out after Hooper gets eaten. In the movie, of course, Brody and Ellen have a great relationship, and Hooper is simply the shark expert who pops in to lend a hand.

2. Quint's death. In the book, he drowns after getting his leg tangled in one of the buoy lines. In the movie, of course, Jaws chomps his ass in half.

3. The shark's death. In the movie, as we all know, Brody saves the fucking day by shoving an air tank into the shark's mouth and then shooting it, making shark sushi. In the book, (which I always found to be more terrifying) Brody is just dog paddling in the water after the boat sinks, watching the buoys come towards him. He closes his eyes, waiting for the sudden, chomping pressure, and when that doesn't come he opens his eyes to find the shark bare inches from his chest, dead (finally) from all of the harpoons. Brody shoves his head underwater and watches as the shark sinks, towing a dead Quint behind him into the deep. The shark explosion is great, but I always preferred the more quiet horror of the book scene.


Movie or Book?  Either. I love the book, I love the movie, I simply cannot pick. Incidentally, Alaska picked me up this little delight- 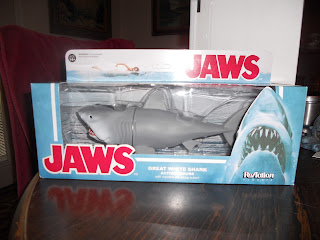 -a couple of months back when I was sick. My next purchase is a Quint doll that I plan to bloody up with some paint and shove into Jaws' gaping maw. 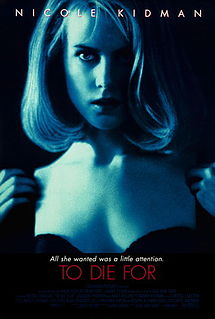 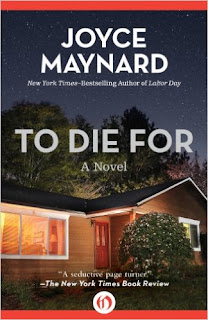 How do they compare?  Nearly identical, including entire passages of dialogue taken directly from the book. In addition, there is one sentence from the viewpoint of "Suzanne" in the book that never fails to amuse me. On page 204, it reads, "Some people say they're sure to make a movie about this. If so, I'd like to see Julia Roberts play me. Or that actress that just got married to Tom Cruise in real life- I can't think of her name." That sentence, of course, is referencing Nicole Kidman, who does, in fact, end up playing "Suzanne" in the movie.

Movie or Book? Either. While I don't really care for Nicole Kidman as an actress (exceptions are this, Stoker, and Dead Calm) I have an odd love affair with this movie, and it is chock full of other actors/actresses that are easily recognizable. The book offers several different first person viewpoints, including some from people who aren't in the movie, but they really just serve to showcase "Suzanne's" personality. The book delves deeper into Suzanne's childhood, and the endings differ somewhat. In both instances, Suzanne is set up for a secret meeting with a "Hollywood producer." In the book, it is ruled that Suzanne committed suicide after jumping from a bridge, but the first autopsy report (that the cops shred and change, which turns out to be a show of Italian solidarity) shows that she had no water in lungs. She was dead before she hit the water. In the movie, the "Hollywood producer" is shown to be one of the Maretto's "mob connections" that are joked about earlier(in both the book and movie) who strangles her and dumps her in an icy lake. The final scene of the movie is of  Janice Maretto, the victim's sister, ice skating on the frozen lake where the body lies.


3. The Movie: The Silence of the Lambs (1991) Jodie Foster, Anthony Hopkins, Ted Levine 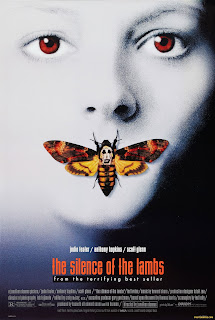 The Book: The Silence of the Lambs (1988) Thomas Harris 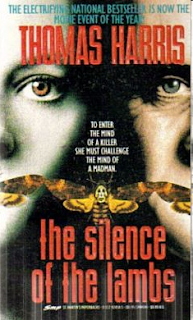 How do they compare? Fairly well, from what I can recall. The two things that always stick out in my mind when watching the movie is that "book Hannibal" sports 6 fingers on his right hand, and red/maroon eyes. Jodie Foster blew it out of the water as Clarice Starling (I cared far less for the character once she was played by Julianne Moore, even though I love Julianne Moore most of the time) Anthony Hopkins, of course, is divine. (I do intend to check out Manhunter, as I have read that Brian Cox's take of Lecter/Lecktor is phenomenal)

Movie or Book? Probably movie. I still throw this one on every now and again, while I have not revisited the book in a few years. 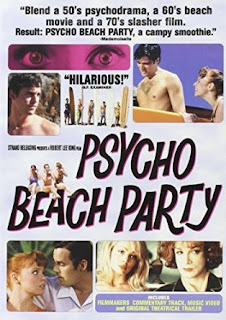 The Book: The Tale of the Allergist's Wife and Other Plays (1988) 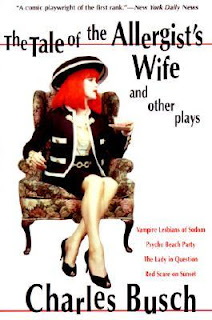 How do they compare? Not bad, although I should point out that Psycho Beach Party is based on a play, rather than a book. Charles Busch both wrote and starred as "Chicklet" on stage, but for the movie they brought in Lauren Ambrose (whom I adore) and Charles Busch (whom I also adore) took the role of  Police Captain Monica Stark. There are minor changes in dialogue, and the attraction between Yo Yo and Provoloney is more evident in the movie, but the base story is one and the same.

Movie or Book? Movie. I love the bloody Hell out of this movie. Charles Busch is perfection, and Lauren Ambrose shows off a rather incredible acting range in a few scenes. Plus, you have an awesome dance off, featuring the sounds of Los Straightjackets. Go on, check it out!

Natural Blonde Killer
I am a Girl Raised In The South with a particular fondness for Horror. And Mermaids. And Tattoos, Alice in Wonderland, Quentin Tarantino, Tom Savini, Old-School Special Effects/Practical Effects, Sexy Redheads, Scooby Doo, Superheroes, Super Mario Bros, Zombies, and The Golden Girls, just to name a few.